There are many reasons why people choose to use Aspen in their garden machinery.

All of these benefits contribute to a better all-round experience whilst using your machinery, making your gardening easier and more enjoyable.

Aspen 2 is virtually free from harmful substances such as benzene, aromatic hydrocarbons or olefins; substances that can cause serious health problems. Aspen Alkylate Petrol also keeps the spark plugs and combustion chamber of your machine cleaner.  Aspen Alkylate Petrol contains no ethanol, meaning it can be stored for a long time without any deterioration in quality, which makes your engine easy to start even after long standstill periods. There are numerous environmental benefits, such as reducing the formation of ground-level ozone (smog) by about 40%.

The oil in Aspen 2 has been selected and developed for the future. It is fully synthetic with as much as 60% renewable content. It is biodegradable and free from ash and solvents. The oil gives an extremely clean engine and has optimum lubrication characteristics at all engine temperatures.

Aspen Alkylate Petrol contains virtually none of these harmful substances, and therefore reduces harmful hydrocarbon emissions by up to 99%.

You are breathing much cleaner air whilst running your machinery on Aspen.

Using premixed Aspen 2 eliminates the need for you to mix your own 2-stroke fuel – making it more convenient, saving time, and removing the risk of mixing incorrectly.

Simply select which fuel your machine needs by using the reminder stickers on your machine’s fuel tank, or ask your Aspen stockist.

Regular petrol is a mixture of about one hundred substances, some of which have a negative effect on the operation of the engine.

Aspen Alkylate Petrol consists of only a dozen substances that help create a cleaner and a longer lasting engine. 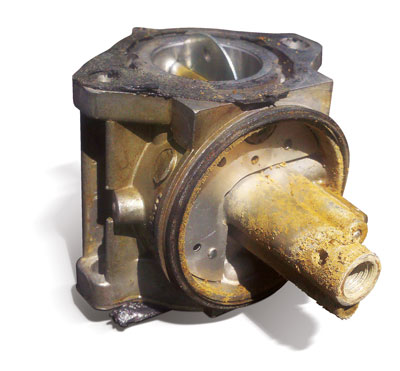 Put an end to starting issues
Modern petrol deteriorates quickly. This is a big problem for garden machinery as it often goes long periods without use. Aspen does not contain the chemicals which cause the deterioration in fuel, and as a result, stays fresh for years.

Machinery using Aspen Alkylate Petrol may be stored for long periods without any starting issues. This is not only easier, but also saves on costly maintenance.

When compared to cars, small engines such as chainsaws and lawnmowers emit a relatively large amount of unburnt fuel. These unburnt parts of regular petrol contain substances harmful to the environment.

Aspen has virtually no pollutants. For example, you can mow for 100 hours with Aspen Alkylate Petrol before reaching the same level of toxic benzene emissions as one hour of mowing with regular petrol!

Better for the water and marine wildlife

Did you know that 25% of the fuel from thousands of older outboard motors remains unburnt and goes straight into the sea, lakes and waterways?

There are no reviews yet.